A downloadable game for Windows

Have you ever wished for a 2v2 Teambased Competitive Chaotic Food Fight Party Game?  A game where your main goal is to not just simply throw food, but to first cook it in order to trigger a variety of special effects by blasting it at your opponents with a canon? A game where you don’t just walk from space to space, but slide, dash, tackle and throw your friends? A game where you play different types of alien species on the planet … to win the …??

No, because it is way to specific?

Well, but now is your chance to play it!

Scoo-King is exactly that and even more. It is a food fight party game, where you and three of your friends can sit down together in order smack each other up with food.

How do you do it?

Instead of walking the inhabitants of … prefer to slide around to get where they want. When they start sliding in a direction they can’t stop until they hit a wall. (Similar to some ice-cave puzzles if you ask me)

You will want to transport food? Gasp! I know, shocking!

In order to do so: Hit the button if it is in front of you. If you already have something in your pocket, you will put it down. It is as eazy as that. And if you hit the throw button you will yeet it in a straight line.

When two monster from opposing teams collide the faster one will knock out the other.

This is the „Hail Marry!“ of game mechanics. Speed up in the direction you are facing. This can be used to change your slide direction, to dodge or allign attacks, to gain the last bit of speed to win a tackle and to look really cool. There is nothing a dash can’t do.

In order to prepare food you will have to take a few steps. In the arena you will find materials. But it is RAW!

Take it and get it into your kitchen. There you simply put it into a machine to fabricate it. Either you cut it down or you mash it. Just insert it and the maschine will do the work. While waiting you can go and get more food or disturb your opponents.

The next step is the Mixer. Just put two fabricated Materials into the same mixer and wait and see the magic happen. After a short time you will have the full meal.

Which meal you will have will depend on which materials you collected, how you fabricated them and what you mixed together. With only three raw materials this results in over twenty different combinations of meals.

Each meal has a unique influence on the course of the game. Some simply speed you up while others drop bouncy blocks im your opponents kitchen.

In order to know which meal activates which effect you will have to play the game and test it out or you can take a look at the cookbook in the menu.

THAT IS ALL YOU NEED TO KNOW TO PLAY THE GAME!

Scoo-King is designed to be a 4 player game and to be played with controller. It is not impossible to be played on one Keyboard, but comfortable is something else. So you will need around 3 game pads to play it.

Also there is no direct network implemented yet. As an alternative you can use Services like Parsec to connect and play the game from different Setups.

Scoo-King is a project of the Media Informatics and Interactive Entertainment  course of the 2018 year. It was developed by the students of Mittweida University of Applied Sciences and was developed in a span of three months.  We hope you  have fun times with it. :)

Extract the ZIP-File, start the executable file and get cooking! 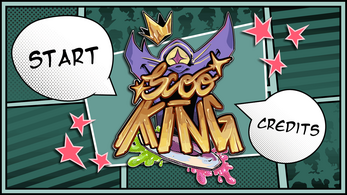 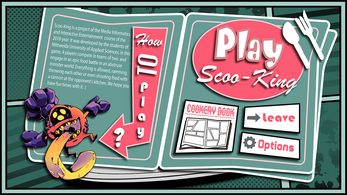 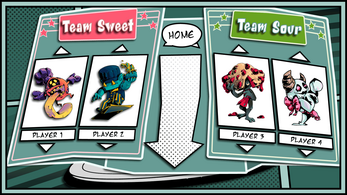 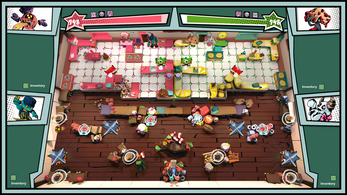 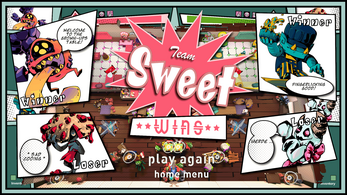 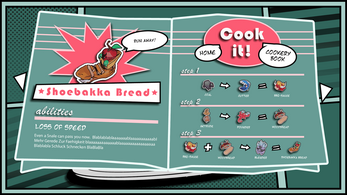